The Benefits of White Noise Alarms

Why Choose a White Noise Alarm Over A Standard Alarm?

Thanks to Brigade's lobbying, the “beep beep beep” sound of a vehicle reversing can be heard in loading bays and industrial estates across the UK. Now Brigade has developed the next generation of reverse alarms.

Although they have undoubtedly prevented countless accidents, Brigade saw some flaws in the current alarm system.

As well as being an annoyance, environmental noise (including reverse alarms and other traffic noises) can have lasting impacts on the health of both people and nature. According to the National Geographic, “many children who live near noisy airports or streets have been found to suffer from stress and other problems, such as impairments in memory, attention level, and reading skill.” The multi-frequency white sound alarms can only be heard in the danger zone around the vehicle and are a much less harsh sound, reducing atmospheric noise pollution. 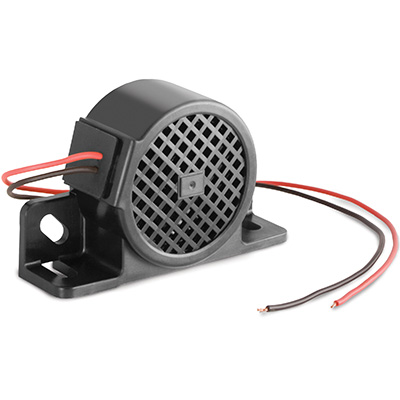 On the other side of the coin, electric vehicles have been criticised for being too quiet. Vulnerable road users and pedestrians, such as those with visual impairments, may not recognise that a vehicle is approaching. Brigade’s quiet vehicle sounder (AVAS) warns pedestrians that a quiet vehicle is approaching. The pitch and volume will increase with the vehicle speed in the same way that a diesel or petrol engine would, allowing the pedestrian to not only locate the vehicle but estimate how fast it is travelling.

One of the main benefits of white noise is its directional sound. The frequency of the noise is such that the ear can pick up which direction it is coming from easier than a traditional alarm, allowing people to identify the location of the hazard quicker and giving them more time to react. The smart alarms automatically adjust to slightly above ambient noise to ensure that they can always be heard. Alternatively, for medium and heavy duty applications like quarries where there is a high level of ambient noise, specialist white noise alarms are available.

Have a look at Brigade’s white noise alarms HERE, or get in touch for more information.