What is an IP Rating? 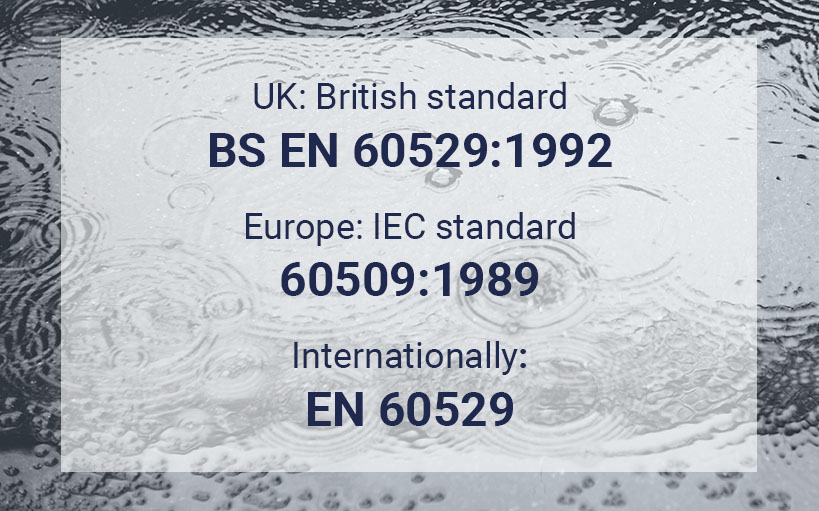 IP ratings (or Ingress Protection) describe the protection offered by a product’s casing against penetration of foreign objects including dust and liquids. It also describes the level of protection of users, for example; by preventing contact between hands or fingers and electrical components.

Many products are marketed as being “waterproof” or “shower resistant”, but what do these words really mean? IP ratings, on the other hand, provide parameters for each classification so the user knows exactly what the product is capable of withstanding. Products undergo vigorous testing during the certification process so the customer can be assured of the quality of the product they are using.

What do IP ratings mean?

All IP ratings take the form of IPXX (e.g. IP69). The first number refers to protection from foreign bodies and particles (like dust). The second number denotes the protection against moisture. If a product has not been tested for both types of ingress, the missing result will be replaced with an “X” or a 0 (e.g. IPX4, IP50)

The M890 LED sidemarker has been rated at IP67. Using the guide above, we can determine that this light has a rating of 6 for foreign body ingress, so it is fully protected against infiltration by particulates. The second number, 7, shows that it can withstand high immersion in water for up to 15 minutes. The electrical components are therefore highly protected against ingress.

IP ratings of lighting components on cars, lorries and other road vehicles is vitally important to the functioning of the component and the safety of the users and the overall circuit. Damage caused to a component like a light can have wide reaching consequences, including a risk to life.

Due to their position and use, automotive lights are exposed to harsh environments that the internal electrical components must be protected from. Weather, dirt and cleaning processes all have the potential to compromise components and circuitry. It is also important to consider other less obvious sources of ingress such as insects, fuel particulates, oil, steam or condensation. Chemical corrosion as a result of a build up of matter on or around the component or circuitry might also compromise the system. As always, please be sure that you are compliant with all relevant legislation.